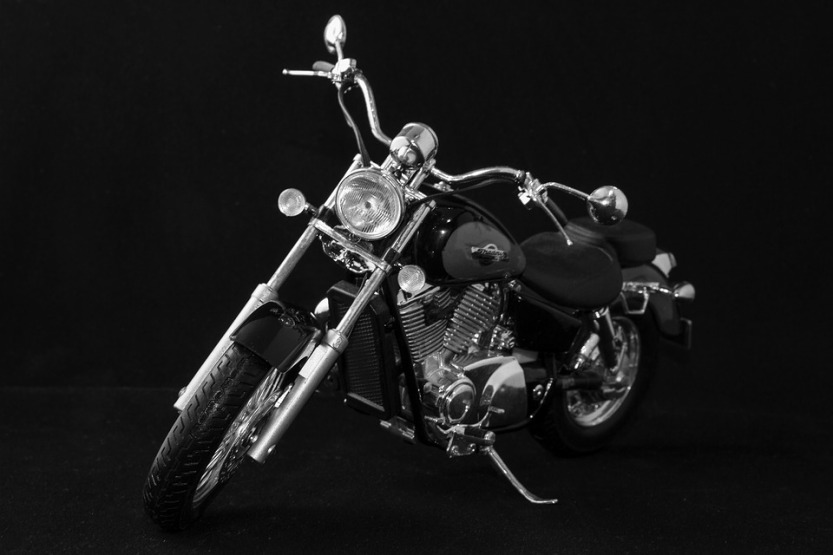 Author Note – Was trying to find some sort of image to represent the character I’m writing right now – Cage in Birth of a Princess. This is best I could do. This guy resembles him a lot, down to the bike he’s on. Cage has his own custom bike he’s always piddling with.

Cage is the leader of the Elukkar clan. The vampires who most resemble and encompass the characteristics of their wolf they can change into. Near werewolf like in many ways, but still very much a vampire. Cage is a quiet loner type who says very little, isn’t the most expressive, and tends to always look like he’s fixing to tear your throat out with his constant sneer. But it’s just the way his mouth sits. His loyalty binds him to whomever he gives it to. If he gives you his word, he’ll die to keep it.

Just what is Cage’s past?

Few ever really speak on it. They don’t really talk about where he comes from, or what brought him into Julian’s life.

In Discovery of an Enchantress, Mila recalls (and relays) part of the vision she had regarding Cage when Ky[larra] and she were in that cabin he had them in. That was in both Claiming the Enchantress, and Birth of a Princesss.

The vision bits were a cage, him being stuck in one, and hunched up in the back of the cage with something near the front. Something that isn’t seen by Mila at all, but she senses that through heightened awareness, Cage does see. Just not with his eyes. Because of being raised around it, the tracking he’s able to do with those creatures is pretty well superior to the rest.

Perhaps it’s also why he lives like the wolf he is, and his clan, the Elukkar, inhabit so much of those details? Perhaps many of them were caged that way, or it is simply a factor of being Awakened into a clan, and inheriting the memories of one’s sire.

No matter what may come, any Awakened into Cage’s clan will forever inherit that memory, or whatever is always lurking in his mind as the memory. So then of course they too would become like Cage himself.

In Mila’s vision, the cage is surrounded by darkness and dirt. Dirt like sand. Think maybe lands like the Middle East. Jerusalem. Ancient. Vast. With many many secrets below the ground that will only ever be revealed with a lot of digging.

After all, in the school where she was created, and was going to be forced to marry Holt, Mila mentions that same land. Beneath ground. Treasures hidden. Secrets buried. Lots of tunnels, lots of burial grounds, lots of archived texts and parchments.

In her vision she sees Cage as a dirty neglected little boy, but also the wolf. Still caged. Still hunched in the back. Still frightened, but also fighting.

Here is the specific passage being referenced, which speak about Cage in few words, but so much details revealing him.

Although . . . she remembered the vision of him in the cage. That’d been an ancient cage. Could he have been around them back then? So he had a near sixth sense when it came to tracking them? More.

His father. What if his father had been one of those very same kind of creatures? More memory of that vision bloomed as she considered the idea. She faintly recalled a blip of his father in that scene too though she did not see him. A lil’ feral boy hunched up in the back of the cage regarding something not there. Maybe not able to see, just able to sense the presence. So a sight of a different kind. That was a real probability.

A boy raised around those types of creatures, unable to remain blind to their abilities, their shadows. Far too accustomed to them. She kept mum, knowing it was not hers to reveal. She understood the hatred and the extreme silence. In that silence Cage tracked, he learned, he saw what none of them did. Every minute of his life. Those eyes and ears were more in tune with all that happened around him at all times.

Mila couldn’t help but regard Cage with a new eye. One of extreme respect.

So much still to learn about Cage. Will he open up? Or no?

Who was his father? Shadows? Evil? Mean? Someone Julian had to save him from. That’s been made clear. A man who believed a child should be thrown into a cage.

Donations help me pay my bills, add more to my sites, as well as keep them going. Even a small donation can go a long way. I have a couple tiers to check out as well if you’d like to sign up for that, instead of a single donation. More will come as I think of stuff, or I get feedback on what I should add. ❤️️

Leave your mark - comments are moderated. Once confirmed you're not spam, it'll be approved. Cancel reply

This site uses Akismet to reduce spam. Learn how your comment data is processed.